Next Generation Indie Film Awards is incredibly honored to present Rian Johnson with our 2022 Luminary Award. 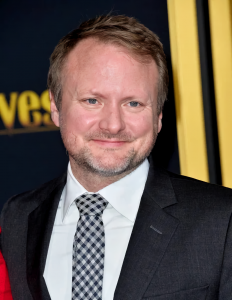 From his early work in short films leading up to his directorial debut Brick (2005), a crime drama made for under $500,000 and grossed $4 million at the box office, to his critically-acclaimed and audience-lauded films Looper (2012), Star Wars: The Last Jedi (2017), and Knives Out (2019) – director, writer, producer Rian Johnson has been pushing his own boundaries and exceeding all expectations.

Aside from his Academy and BAFTA- nominations, Rian is also a DGA Winner for his directing work in the season 5 episode of Breaking Bad titled Fly (2010). He returned for two more episodes, the most notable of which is titled Ozymandias (2013), frequently cited by critics as ‘one of the best television episodes to air.’

In March 2021, Netflix obtained the rights to two Knives Out sequels for $450 million, with Rian at the helm as director, writer and producer. A year later, Rian is already in post-production for Knives Out 2 while in production on the ten-episode limited series Poker Face, coincidentally starring Next Generation Indie Film Awards 2021 Indie Darling Recipient Natasha Lyonne.