Next Generation Indie Film Awards is proud to announce Natasha Lyonne as the recipient of our inaugural Indie Darling Award. 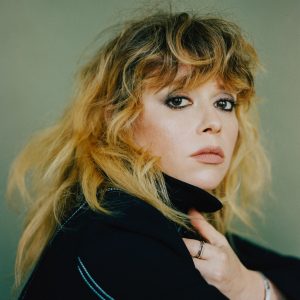 Four-time Emmy and Golden Globe nominee Natasha Lyonne is a gifted creator who continues to push boundaries as a producer, actor, writer, and director after more than three decades in the industry.

Lyonne co-created Netflix series Russian Doll, which received three Emmy awards, a total of 13 Emmy nominations including Comedy Series and Lead Actress for Lyonne, a Gotham Award nomination, and a Golden Globe acting nomination for Lyonne after premiering in 2019. She showruns, writes and directs for the series in which she stars alongside Greta Lee, Charlie Barnett and Chloë Sevigny. Russian Doll is currently in production for its second season, which will introduce new cast members Annie Murphy, Sharlto Copey, and Carolyn Michelle Smith.

Upcoming, Lyonne will executive produce and star in Rian Johnson’s mystery drama series Poker Face, which has been picked up with a 10-episode straight-to-series order by Peacock. Also through Animal Pictures, she will executive produce Maya Rudolph’s half-hour Apple TV+ comedy series from Emmy winners Alan Yang and Matt Hubbard. Mj Rodriguez and Joel Kim Booster co-star. Animal Pictures is developing and producing a slate of original content, to also include the half-hour series Desert People for Amazon which Lyonne co-created with Alia Shawkat.

This year, Lyonne portrayed Tallulah Bankhead opposite Andra Day in her Academy Award-nominated and Golden Globe-winning turn as legendary jazz singer, Billie Holiday, in Academy Award nominee Lee Daniels’ The United States Vs. Billie Holiday. The biopic was released by Hulu in February 2021.

Lyonne made her directorial debut with Kenzo short film Cabiria, Charity, Chastity, featuring the Fall/Winter 2017 collection. She wrote the screenplay for the film which stars Rudolph, Armisen, and Leslie Odom Jr. among others. In 2017, she produced and starred in IFC Midnight’s Antibirth, directed by Danny Perez, co-starring Sevigny. This independent farce horror hybrid which premiered at Sundance Film Festival in 2016, was released wide in the US in 2016, and released in the UK in 2017.

In 2014, Natasha earned an Emmy Nomination for Outstanding Guest Actress in a Comedy Series for her role in Orange Is the New Black. Recent television credits include guest stints on Portlandia, Girls, Inside Amy Schumer, The Simpsons and IFC’s Documentary Now.

As a young child, Lyonne was signed by the Ford Modeling Agency and at the age of six, she was cast as Opal on Pee-wee’s Playhouse. She is well known for her acclaimed performances in Slums of Beverly Hills, the beloved comedy directed by Tamara Jenkins, and co-starring Alan Arkin and Marisa Tomei; the coming-of age comedy, But I’m a Cheerleader, with Clea Duvall and RuPaul; and Everyone Says I Love You. Additional film credits include: The Grey Zone, Sleeping with Other People, Hello, My Name is Doris, Blade: Trinity, Party Monster, James Mangold’s Kate & Leopold, American Pie, America Pie 2, Detroit Rock City, A Futile & Stupid Gesture and Irresistible.

On stage, Lyonne starred alongside Ethan Hawke in The New Group’s darkly comic Off-Broadway production of Blood from a Stone, written by Thomas Nohilly and directed by Scott Elliott. Lyonne earned critical-acclaim for her adept portrayal of the couch-ridden, heartbroken Grace in the Roundabout Theatre Company’s production of Tigers Be Still, written by Kim Rosenstock and directed by Sam Gold. In 2019, Lyonne co-presented Jacqueline Novak: Get On Your Knees with executive producer Mike Birbiglia. The comedy showed at The Cherry Lane Theatre and received rave reviews. Natasha’s other stage credits include roles in Love, Loss, and What I Wore, an intimate collection of monologues and stories by Delia and Nora Ephron, and the familial drama, Two Thousand Years, directed by Scott Elliot and written by the legendary Mike Leigh.